The Game continues.  No spoilers here.

It’s funny how the world we live in today is playing out much like the power struggles, the draconian reprisals, surreptitious machinations, cloaked entente, subterfuge, and arcane conspiration that we’ve grown to love, and hate in the epic chess like warfare in Game of Thrones.  A World which heroes live, die, revive, or stay buried or turn heel, casting die in the ultimate roulette for power.  Where villains vision paled by moral impairment, sullied, and impugn righteousness, schadenfreude, from the throne of all thrones.  Or creatures merely be what they are, nothing more, nothing less.

Impressive be the one who composites a side by side from current events, overlapping pivotal sequences from Game of Thrones.  There might be some frightening similarities.  Some things never change; power, sex, prestige, dominance, ego, revenge, vindication, or simply things that go bump in the night which find their way to places we wish these things would have never found.

Is there anyone from the TLS Army brave enough to dub side by sides of our modern world power entanglements, and the ones playing out in Game of Thrones?  If yes, and if it’s tasteful (sensationalism need not apply; graphic content a non starter) I offer up a White Walker proto.  Would be a fun composite, only in good fun, to no peril for our eyeballs, to no degradation of the senses, just an amusing composite, underlining that some things just never change.  PG, if you will.

Perhaps this is why the show is more relevant than ever, it still reflects who we are as a crazed species.  Perhaps it’s the complex, and deeply rich character development, the multiple story lines, the convergence of each player as the end game comes in focus.  Who will take the Throne?  Jon Snow?  Daenerys Targaryen?  The Night King?  We will find out.  A much anticipated last season airing April 14th.

For our part, it's amazing to be included, even in the most slight way, a touch point to this epic pop culture event.  The Loyal Subjects has been in development with the Game of Thrones Action Vinyls for some time, perfecting the characterizations, integrating story, assembling a first Wave of crucial and essential characters to begin the journey into the depths and rivers of multiple story arcs, in an effort to make the collection feel more real, worth more to the imagination, more visceral…this is our aim.  We hope we hit the button on the nose, and the imagination engines take over, transporting you into the power clave rumbling beat of this epic saga.

So, let's not dally, lest not delay; the mother load for all Game of Thrones fans, co-conspirators, and allies:

Walmart – on a dedicated “pallet train” – a fancy term that means a dedicated fixture which sits in the middle of the aisle for all to see.  In 1000 stores, and will include a full 12 count assortment, included are rare chase figures, Club 28 + Viserion, Drogon, and Rhaegal, + Ghost (Non GID version).

Target – Same as above, but in their Entertainment section. Dragons and Ghost are not available at Target.  We packed these assortments with plenty of chase figures, there are plenty to find!  Available in all stores.

All Releases, all Figures, Dragons, Wolves are EXTREMELY Limited Edition. 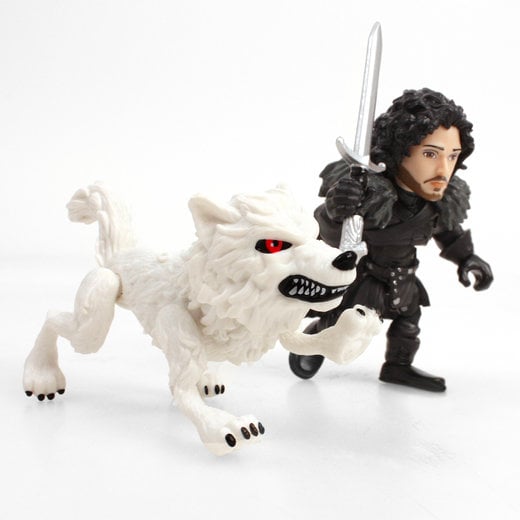 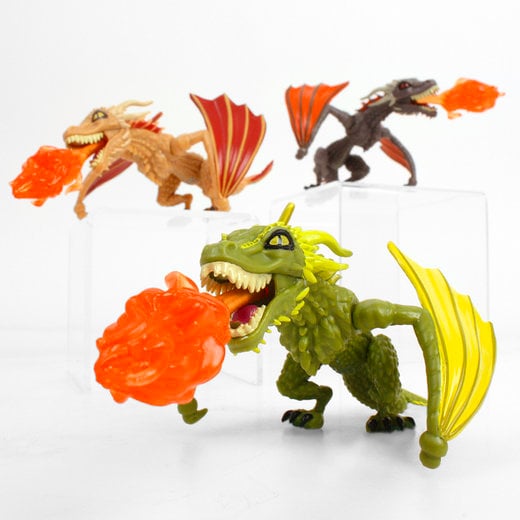 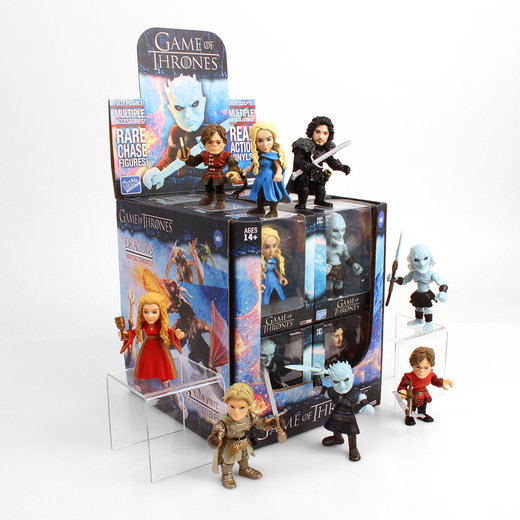 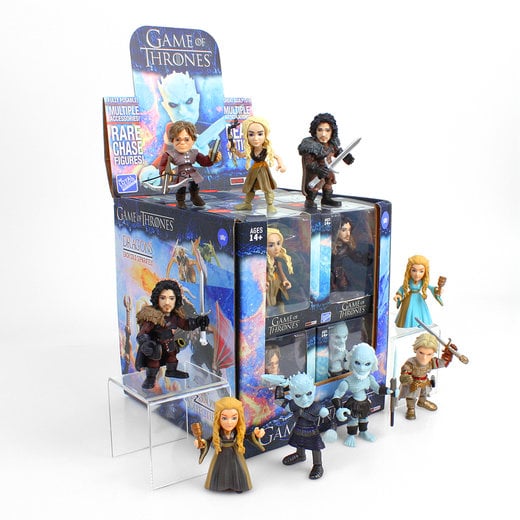