“Fox in a box!  Fox box!  Animation box ala Fox!  Fox Animation box?  Dang it, what do we call it?”   After securing an illustrious cadre of Animation royalty our next day was consumed by throwing errant portmanteaus like darts at a barroom dartboard.  No booze involved but plenty of amalgamations and sniglets to cleverly burrito-wrap the sagacity of these legendary animations.  “Heck, we’ll name it later.”  Then came the hard task, “Which characters do we feature?”  King of the Hill, Family Guy, Ice Age, Bob’s Burgers, Cleveland Show, American Dad…there are so many characters!  It’s like picking for your playground basketball team, and your choices are Kevin Durant, Seth Curry, Kawhi Leonard, LeBron James, and Anthony Davis – whomever gets picked last is still a badass but who to choose first?!  After some inter-company polling, a few wrestling matches, counsel from friends, allies, and animation junkies, we settled on the characters included in our Wave 1.  Sure, there’s an elephant in the room, it’s Fox afterall, guess who’s the animation king of Fox?  I’m sure you guessed, El Barto.  Well, El Barto rides in limousines, solo, he ain’t part of the bunch.  As much as we tried to coerce him into the tour van, the dude has is own tour van, c’est la vie, and well deserved.  We were looking for a band of merry minstrels from all the Fox walks of life so we can pair them, tell new stories, intermingle the worlds, you know, the Action Vinyl thing, “Universe without borders.”  So, we recruited everyone else to join the band, “Get into the van!”  And away we went!

King of the Hill was underserved, and we aim to serve it up.  Maybe it’s a generation thing, I’m 45, typical Gen X‘er, and Mike Judge’s pointed satire is the shoe that fits.  We had to take a big slice of King of the Hill for this first grouping, no doubt about it – propane tanks, grillin’ aprons, beer cans, cigarettes, bowie knifes, I mean, these are toys, right?  We couldn't resist, "World", enter Dale Gribble, have fun playing with this fella.

Then there’s Bob, and Bob’s family.  As an entrepreneur I can relate to Bob, trying to keep the whole thing together amidst asteroid fields of the multiple kind, head down, barreling through, searching for the light at the end of that tunnel, the American Dream.  Bob is situational, he’s relatable, so is his family.  I spent the better half of the last 25 years in West Hollywood in the Fairfax District, I’ve seen my fair share of entrepreneurs, dreamers, people willing to take the risks, give it their all to provide a better life, and during “life happens”, kids grow up, becoming students at Fairfax High, have the traps, influences, glitz, and spectacle that drives teenage curiosity, all the while Dad is doing his best to invest, stash away, keep those doors open… a tale that speaks to my core. Certainly the spirit of the neighborhood I occupied for a quarter century.

Family Guy.  What's not to love!  A genius baby philosopher with a football for a head, a bumbling benign, lovable man-monkey just a hair trigger away from adolescence but with a middle aged waistline, and a dog who speaks truth to power, like a pragmatist describing the colors of a sunset.

Wave 1 is a legend in the making.

So, what did we call it?  One only had to look to Fox, “Animation Domination” to find the answer.   We like to call this one the Action Figure, and collectibles Dominator but alas, it is simply “Animation Domination!”   It truly is a beautiful mix of characters, with fantastic, and improved joints, and articulation so enthusiasts can start making up their own stories, producing their own situational shows, or crossing into worlds, which feature scenarios like Dale Gribble having a smoke, and a beer with Mumm-Ra the Ancient.  Don't light his bandages on fire!  This one is for you, the fans, and this undoubtedly is a fan pack! 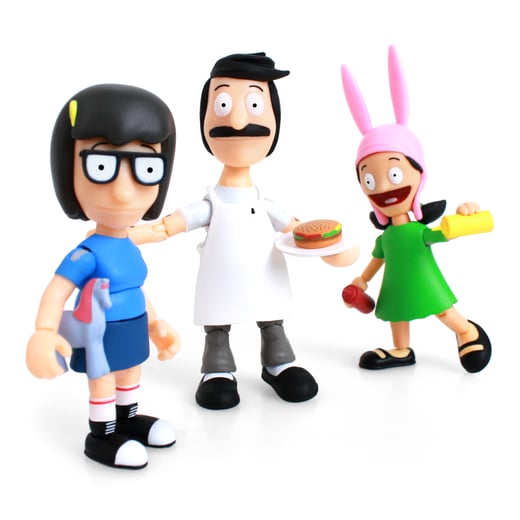 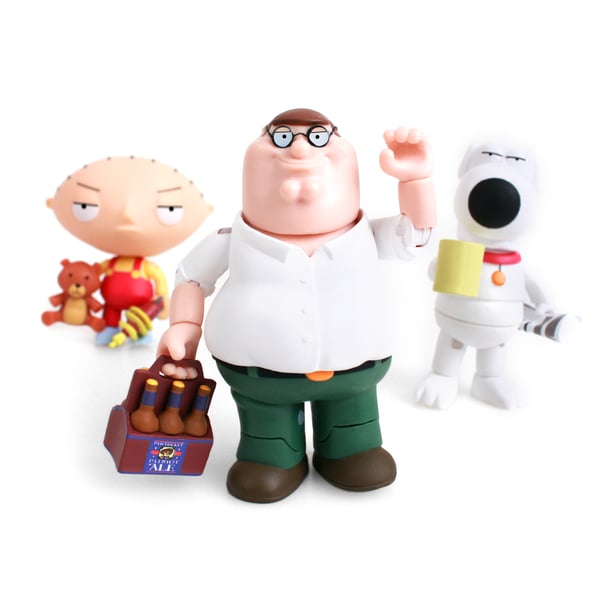 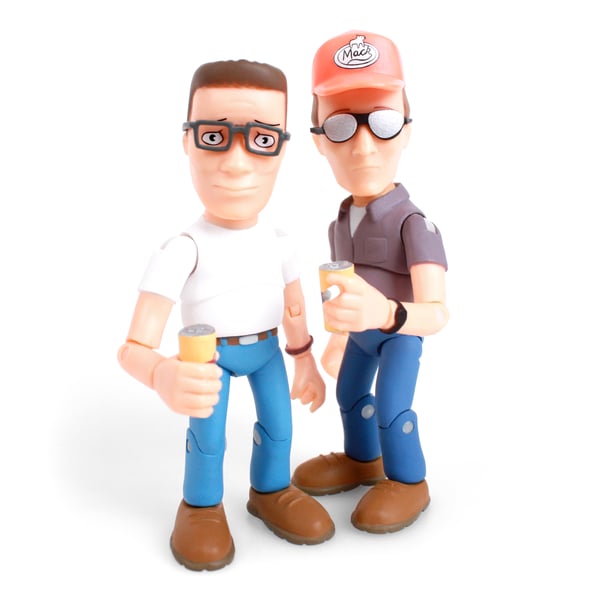 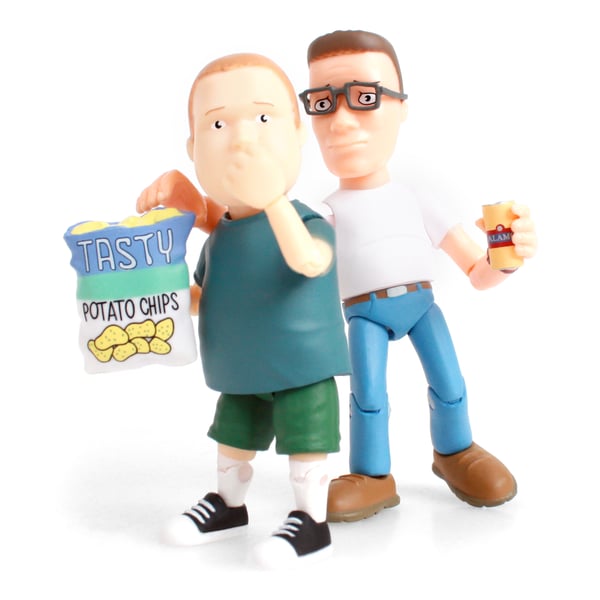 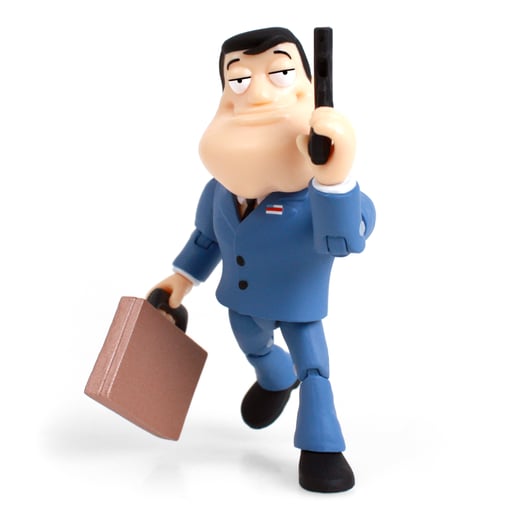